SSH is best used with public/private key pairs, It means that even if a connection is MITM’d and not noticed ( aka, the attacking fingerprint is erroneously accepted ) the server does not get the password to the system, it “only” gets a single connection.

To start with, you have to generate a key on your local system, this produces two files, a private and a public key. But also some ascii art:

This is part of the validation sequence, the idea is that it is easier to verify a picture than a long string of letters, however it is not helped by the fact that it isn’t enabled by default. Meaning you have to either tweak your SSH client a bit or manually check keys with ssh-keygen

How is ssh randomart generated?

All SSH keys have a fingerprint, the fingerprint is almost always a MD5 or a SHA256 hash of base64 blob of the resulting public key line: 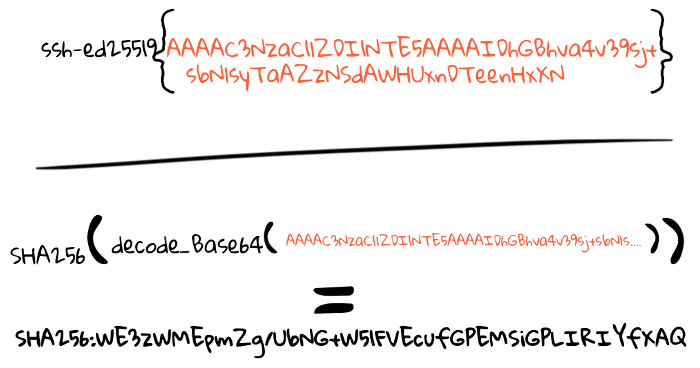 SSH randomart images use the fingerprint hash output, and interpret it as a set of instructions.

It splits the hash output into 2 bits chunks, and uses them as follows:

This does lead to a slight bias on where lines can go. Below is heatmap of where pixels are most likely to be draw, the corners are rarely reached. 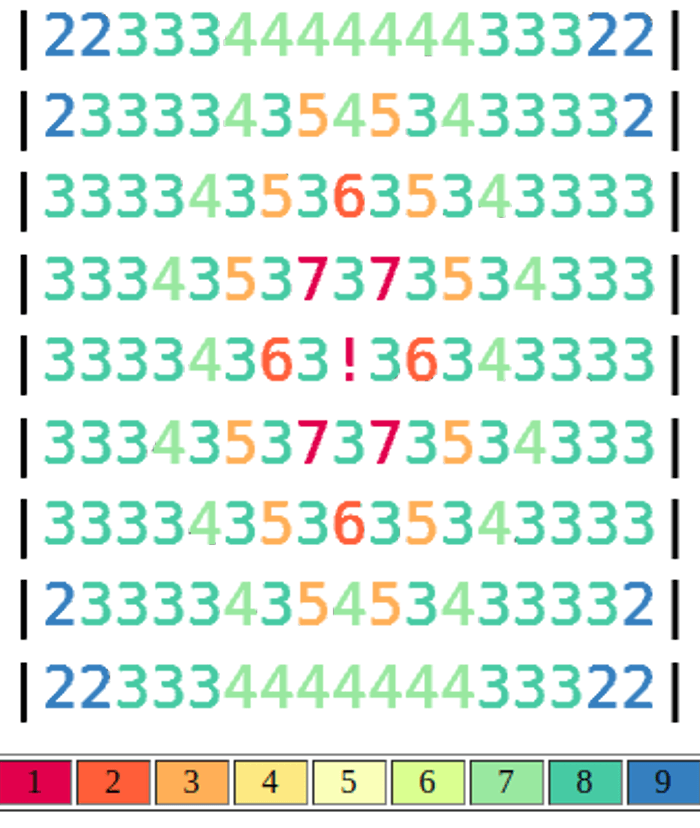 With that in mind though, we can brute force similar keys

The first thing I went for is to generate keys that seemed pretty close to each other, this produces almost a “game of life” feel to it

Or you could try and brute force some letters/symbols! 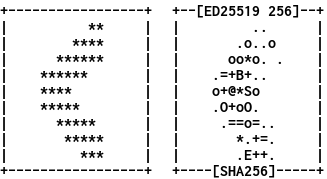 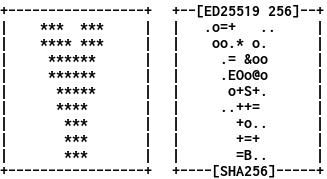 Anyway, in case you are curious or want to repeat this, the code to do this is here:

And if you want to read more into how randomart works, I highly recommend this paper for more info: http://www.dirk-loss.de/sshvis/drunken_bishop.pdf